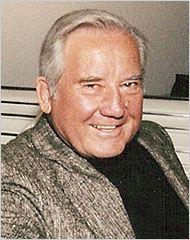 Robert passed away on March 23, 2007 at the age of 80 in Santa Monica, California. Robert's cause of death was complications from neuroendocrine cancer.