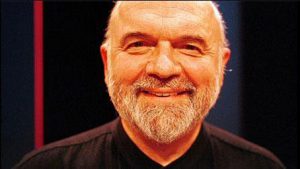 Robert Tear, (pronounced to rhyme with "hear") CBE (8 March 1939 – 29 March 2011) was a Welsh tenor singer, teacher and conductor. He first became known singing in the operas of Benjamin Britten in the mid-1960s. From the 1970s until his retirement in 1999 his main operatic base was the Royal Opera House, Covent Garden; he appeared with other opera companies in the UK, mainland Europe, the US and Australia. Generally avoiding the Italian repertoire, which did not suit his voice, Tear became known in leading and character roles in German, British and Russian operas.