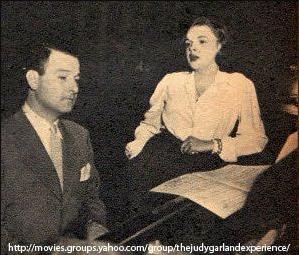 Roger Edens (November 9, 1905 – July 13, 1970) was a Hollywood composer, arranger and associate producer, and is considered one of the major creative figures in Arthur Freed's musical film production unit at Metro-Goldwyn-Mayer during the "golden era of Hollywood".