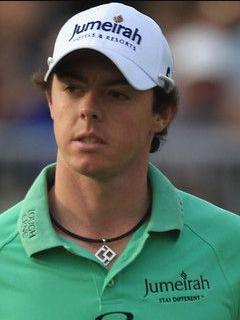 Rory is alive and kicking and is currently 33 years old.
Please ignore rumors and hoaxes.
If you have any unfortunate news that this page should be update with, please let us know using this .

Does Rory McIlroy Have the coronavirus?

Rory McIlroy, is a Northern Irish professional golfer who is a member of both the European and PGA Tours. He was world number one in the Official World Golf Ranking for 95 weeks. He is a four-time major champion, winning the 2011 U.S Open with a tournament record lowest score under par, 2012 PGA Championship with a tournament record eight strokes victory margin, 2014 Open Championship, and 2014 PGA Championship. He is the first European to win three different majors, and with Jack Nicklaus and Tiger Woods is one of three to win three majors by the age of 25.
According to the 2017 Forbes' list of the world's highest-paid athletes, McIlroy was the joint sixth highest paid sportsperson that year having earned US$50 million, of which $34 million came from endorsements. McIlroy filed documents to create a new company known as Rory McIlroy Inc with the Companies Registration Office in Carlow in March 2015. The new company, headed by Donal Casey, manages the royalty payments from his various endorsements.

McIlroy dated Danish tennis professional Caroline Wozniacki from 2011 to 2014. They became engaged on 31 December 2013. On 21 May 2014, it was announced that McIlroy had ended the engagement: "The problem is mine. The wedding invitations issued at the weekend made me realise that I wasn't ready for all that marriage entails. I wish Caroline all the happiness she deserves and thank her for the great times we've had." Wozniacki later revealed that McIlroy had ended the relationship through a brief phone call, and had not contacted her since.
McIlroy started dating former PGA of America employee, Erica Stoll in 2015. In December 2015, it was reported that the couple had become engaged while on holiday in Paris. They married in April 2017 at Ashford Castle in Cong, County Mayo.