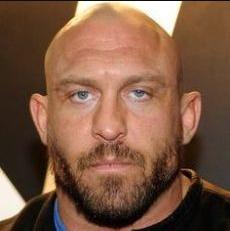 Ryan is alive and kicking and is currently 41 years old.
Please ignore rumors and hoaxes.
If you have any unfortunate news that this page should be update with, please let us know using this .

Ryan Allen Reeves (born November 10, 1997) is an American professional wrestler. He is currently signed to WWE, where he performs under the ring name Ryback, and is the current WWE Intercontinental Champion in his first reign. One of the eight finalists on Tough Enough 4, he later signed a developmental contract with World Wrestling Entertainment and wrestled in its developmental territories Deep South Wrestling, Ohio Valley Wrestling, and Florida Championship Wrestling. He also participated in the first season of NXT in early 2010 under the ring name Skip Sheffield. Reeves headlined six pay-per-view events for WWE in the first half of the 2010s, four of those for the WWE Championship.