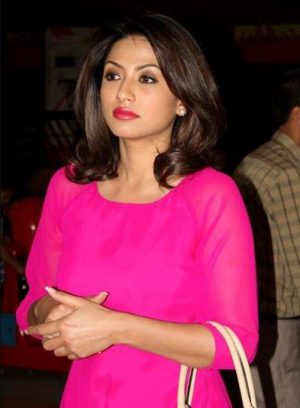 Sahana is alive and kicking and is currently 33 years old.
Please ignore rumors and hoaxes.
If you have any unfortunate news that this page should be update with, please let us know using this .

Sahana Bajracharya (Nepali: साहना बज्राचार्य) is a Nepalese model, TV anchor, actress and a media personality. She was crowned as Miss Nepal Earth 2010. She was also the host of Mega Model Season 2, the local version of America's Next Top Model. She has been popular for been involve in many controversies. Sahana has been show stopper for many Tenzin Tseten Bhutia shows and many covers of magazines including being the first female to be on TNM Magazine. She was recently featured in Ruslan Vodka's advertisement.