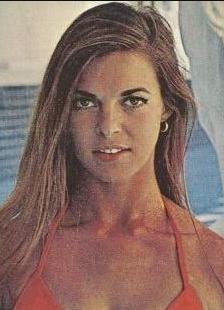 Salli is alive and kicking and is currently 76 years old.
Please ignore rumors and hoaxes.
If you have any unfortunate news that this page should be update with, please let us know using this .

Salli Sachse was one of the more visible American International Pictures actresses of the mid-'60s, initially in the Beach Party movies and later in such groundbreaking films as The Trip. Born Salli Rogers in San Diego and raised in La Jolla, she later married Pete Sachse, an aspiring folk singer. She was discovered by American International Pictures when the two men for whom she was working as a receptionist, who had created a cartoon character that had been licensed by AIP, recommended her as one of a group of "beach girls" for the film Muscle Beach Party. In the course of shooting, Sachse came to the attention of director William Asher who took a liking to her and to Linda Opie, one of the other girls in the beach scenes. Both very tall with long hair, they started getting used by Asher on either end of the group shots of the cast to frame images of the girls. Sachse subsequently appeared in Pajama Party, Sergeant Deadhead, The Ghost in the Invisible Bikini, and Dr. Goldfoot and the Bikini Machine, all comedies in which she dressed the film up visually with her presence. The Wild Angels was Sachse's first drama, and in its wake, she moved into other serious movies in different kinds of roles: The Trip had her cast as a woman who experiences a bad acid trip; Devil's Angels, directed by and starring John Cassavetes, put Sachse in the role of a biker, in which she cut a startlingly aggressive figure astride her motorcycle and in the scene in which young ingenue Mimsi Farmer is assaulted by the gang. After appearing in Wild in the Streets, she decided to shift her career to modeling and she also worked for Crosby, Stills, Nash & Young as their personal photographer during the quartet's first tour. Sachse has also been an artist and had a career in psychology, and still occasionally does commercials. ~ Bruce Eder, Rovi