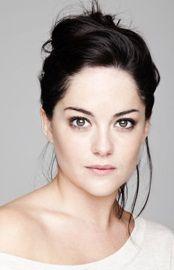 Sarah is alive and kicking and is currently 38 years old.
Please ignore rumors and hoaxes.
If you have any unfortunate news that this page should be update with, please let us know using this .

Sarah Greene (born 21st July 1984) is an Irish actress and singer, best known for portraying Helen McCormick in the West End and Broadway productions of The Cripple of Inishmaan. For her performance in the role, she was nominated for the 2014 Laurence Olivier Award for Best Actress in a Supporting Role, and the 2014 Tony Award for Best Featured Actress in a Play. In 2014, she played the recurring role of Judith on the Canadian-Irish historical drama television series Vikings.