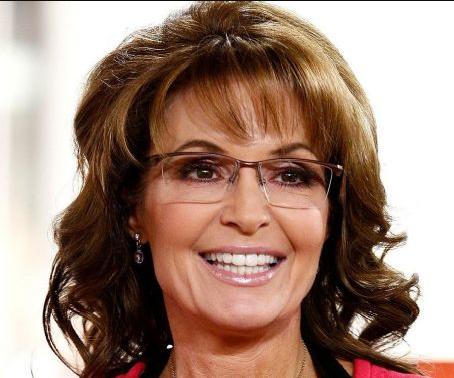 Sarah is alive and kicking and is currently 58 years old.
Please ignore rumors and hoaxes.
If you have any unfortunate news that this page should be update with, please let us know using this .

Does Sarah Palin Have the coronavirus?

Sarah Louise Palin (i/ˈpeɪlɨn/; née Heath; born February 11, 1964) is an American politician, commentator, and author who served as the ninth Governor of Alaska, from 2006 to her resignation in 2009. As the Republican Party nominee for Vice President in the 2008 Presidential election, alongside Arizona Senator John McCain, she was the first Alaskan on the national ticket of a major political party, and the first Republican woman nominated for the Vice Presidency. Her book Going Rogue has sold more than two million copies.
In November 2009, Palin released her memoir, Going Rogue: An American Life, in which she details her private and political career, including her resignation as Governor of Alaska. Palin said she took the title from the phrase 'gone rogue' used by McCain staffers to describe her behavior when she spoke her mind on the issues during the campaign. The subtitle, "An American Life," mirrors the title of President Ronald Reagan's 1990 autobiography. Less than two weeks after its release, sales of the book exceeded the one million mark, with 300,000 copies sold the first day. Its bestseller rankings were comparable to memoirs by Bill Clinton, Hillary Clinton and Barack Obama.

Palin traveled to 11 states in a bus, with her family accompanying her, to promote the book. She made a number of media appearances as well, including a widely publicized interview on November 16, 2009, with Oprah Winfrey. In November 2010 HarperCollins released Palin's second book, titled America by Heart. The book contains excerpts from Palin's favorite speeches, sermons and literature as well as portraits of people Palin admires, including some she met in rural America on her first book tour.
Sarah and Todd Palin married on August 29, 1988, and they have five children: sons Track Cj (born 1989) and Trig Paxson Van (born 2008), and daughters Bristol Sheeran Marie (born 1990), Willow Bianca Faye (born 1994), and Piper Indy Grace (born 2001). Palin's youngest child, Trig, born 2008, was prenatally diagnosed with Down syndrome.
Todd filed for divorce from Sarah on August 29, 2019, citing "incompatibility of temperament". He requested an equal division of debts and assets, and to have joint custody of their son, Trig.