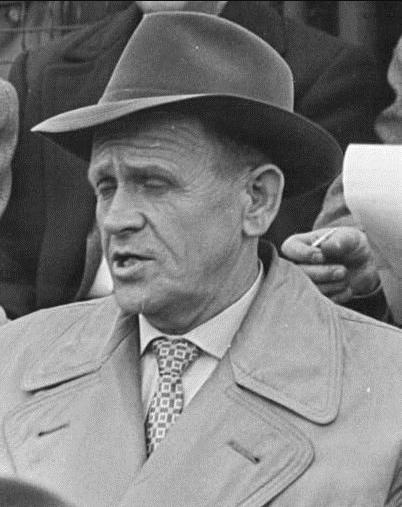 Josef "Sepp" Herberger (March 28, 1897 in Mannheim, Germany – April 28, 1977 in Weinheim-Hohensachsen, Germany) was a German football player and manager. He is most famous for being the manager of the West German national team which won the 1954 FIFA World Cup – The Miracle of Bern. Previously he had also coached the Breslau Eleven, one of the greatest teams in German football history.