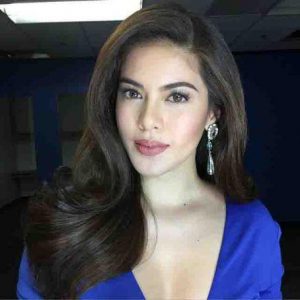 Shaina is alive and kicking and is currently 32 years old.
Please ignore rumors and hoaxes.
If you have any unfortunate news that this page should be update with, please let us know using this .

Does Shaina Magdayao Have the coronavirus?

Shaina García Magdayao, is a Filipina actress, dancer, singer and model. She is currently under ABS-CBN Management and a member of Star Magic.
In 2010, she starred in her very first solo lead role in the afternoon soap opera Alyna. The show was very successful that Magdayao was given the title ABS-CBN’s ‘Kapamilya Gold’ Queen. 2012 proved to be Magdayao's most dramatic year, career-wise. Magdayao starred in the OFW-themed series Kung Ako'y Iiwan Mo with Jake Cuenca. In 2013, she was added to the main cast of Juan dela Cruz

In 2015, she was paired to Gerald Anderson on the New York Festival-nominated family television series about angels Nathaniel. She headlined Cinema One's first breakthrough series about millennials "Single/Single" as Joee. In 2016, she was Billie Pono, the female lead of Quantum Films' "My CandiDate" with Derek Ramsay. She joined Book 2 of The Story of Us as Lucia Cristobal. She rehashed her role as Joee on the second season of Single/Single.
Shaina stars along side with the daytime drama queen Julia Montes in Asintado, where the portray the Ramirez Siblings.