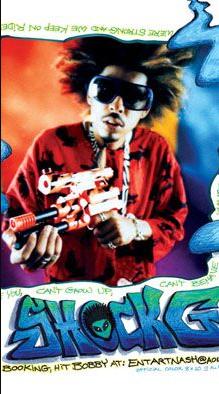 Gregory Jacobs, commonly known by his stage name Shock G (as well as by his alter ego Humpty Hump) is an American musician and rapper, known as the lead vocalist for the hip hop group Digital Underground. He is an accomplished pianist, visual artist, and music producer, responsible for Digital Underground's "The Humpty Dance", 2Pac's breakthrough single "I Get Around", and co-producer of 2Pac's debut album 2Pacalypse Now.