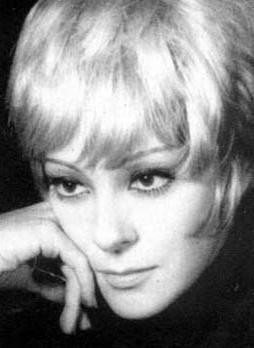 Silvia is alive and kicking and is currently 90 years old.
Please ignore rumors and hoaxes.
If you have any unfortunate news that this page should be update with, please let us know using this .

Does Silvia Pinal Have the coronavirus?

Silvia Pinal is a Mexican actress and producer. She is one of the most recognized and versatile Mexican actresses worldwide. She is internationally known for having starred in a famous movie trilogy with the famed film director Luis Buñuel, highlighting the classic film Viridiana. Pinal began her career in the theater. In 1949 she ventures into the cinema. Pinal reached popularity during the so-called Golden Age of Mexican cinema. Her film work and popularity in her native country, lead her to work in Europe (Spain and Italy). Pinal will achieve international recognition by starring in a famous film trilogy by director Luis Buñuel: Viridiana (1961), El ángel exterminador (1962) and Simón del desierto (1965).
Pinal has been married four times, and has procreated four children. Her first marriage was with the actor and director Rafael Banquells, who was her first formal boyfriend. Pinal married Banquells in 1947. The couple divorced in 1952, a year after the birth of their daughter, Sylvia Pasquel, who later consolidated an outstanding career as an actress.

Her second marriage was with the businessman and film producer Gustavo Alatriste. Silvia met Alatriste at a meeting at Ernesto Alonso's house when he was about to divorce the actress Ariadne Welter. The marriage ended in 1967 due to Alatriste's infidelities and business problems between the couple. Of her relationship with Alatriste was born a daughter, also actress Viridiana Alatriste (born in 1963). Unfortunately, Viridiana died tragically in a car accident in Mexico City in 1982, only 19 years old.
Her third marriage was with the popular singer and idol of Rock and roll Enrique Guzmán. Pinal and Guzmán were married in 1967 despite some resistance from Pinal being 11 years older than her husband. Their marriage lasted nine years. They worked together and procreated two children: the popular singer Alejandra Guzmán (born in 1968) and the musician and composer Luis Enrique Guzmán (born in 1970).
Her last marriage was with the politician, and then governor of the state of Tlaxcala, Tulio Hernández Gómez. The couple married in 1982. It was through Hernández that Pinal entered the world of politics. Pinal and Hernandez divorced in 1995.
With the passage of time, Silvia Pinal has become the head of one of the most famous artistic dynasties in Latin America. Her daughters Sylvia and Viridiana followed in her footsteps as an actress. The youngest of her daughters, Alejandra, is one of the most popular singers in Mexico. Alejandra’s daughter Frida Sofia is also a model, currently living in Miami Fl. In addition, her granddaughter Stephanie Salas (daughter of Sylvia) has also forged a career as an actress and singer. Stephanie's daughters, Michelle Salas and Camila Valero, are both models and actresses.