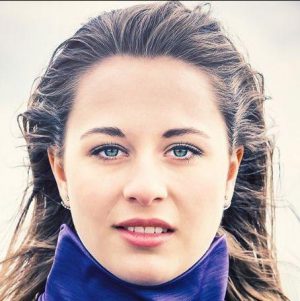 Sophia is alive and kicking and is currently 22 years old.
Please ignore rumors and hoaxes.
If you have any unfortunate news that this page should be update with, please let us know using this .

Sophia Flörsch (born 1 December 2000 in Grünwald, Bavaria) is a German racing driver, best known for having won her first race in the Ginetta Junior Championship in 2015; her rookie season. She also achieved a double, having won both races that weekend, at Thruxton Circuit.
Flörsch is the daughter of Alexander Flörsch. She attended Grammar School Oberhaching. Her interests include karting, skiing and wind surfing.

On November 18, 2018, she sustained a spinal fracture following a huge accident at the Macau Grand Prix, her team reported. The Van Amersfoort Racing driver lost control into the Lisboa bend before flying over the barriers and into a photographers' bunker at high speed. Her speed was estimated at 171.6 miles per hour when the incident occurred. Fortunately, she's not in a dangerous situation as she stated in her twitter:

Just wanted to let everybody know that I am fine but will be going into Surgery tomorow morning. Thanks to the @fia and @hwaag_official @MercedesAMGF1 who are taking great care of me.
Thanks to everybody for the Supporting messages.
Update soon.