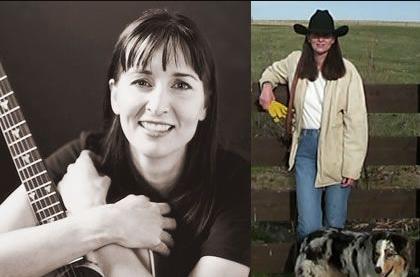 Stephanie is alive and kicking.
Please ignore rumors and hoaxes.
If you have any unfortunate news that this page should be update with, please let us know using this .

Stephanie Davis (born in Montana) is an American country music singer and songwriter. She has written songs for Shelby Lynne, Garth Brooks, Waylon Jennings and Martina McBride. In addition, Davis has released five studio albums: a self-titled debut on Asylum Records in 1993, followed by four self-released albums. Her self-titled debut produced a chart single in "It's All in the Heart".BiographyStephanie Davis was born and raised in Montana. She later moved to Tennessee, where she worked as a songwriter, with cuts by Shelby Lynne, Waylon Jennings and Martina McBride. Garth Brooks also recorded several of her songs, including "The Gift", "Wolves", "We Shall Be Free" (a top 20 single), "Learning to Live Again" (a top 5 success), & "The Night Will Only Know".. Brooks also signed her as an opening act in 1993, and she also joined his road band. She can be seen performing with Brooks' band during the concert in Dublin at Croke Park..She released an album for Asylum Records in late 1993, under the production of Kyle Lehning. This album produced the single "It's All in the Heart", which spent two weeks on the Billboard Hot Country Singles & Tracks (now Hot Country Songs) charts in 1993, peaking at #72. Alanna Nash of Entertainment Weekly gave her album a B- rating, saying that although the album showed jazz and western swing influences, her songs lacked the grit of her compositions for Brooks. Nash also said that Davis sang with a "little-girl voice". Similarly, Randy Lewis of the Los Angeles Times said that only some of the album's songs were comparable in quality to those that she wrote for Brooks. Davis exited Asylum soon afterward, as she was dissatisfied with the country music scene. She moved back to Montana and began recording albums on Recluse Records, a label that she founded herself. These albums were 1996's I'm Pulling Through, 1998's River of No Return, 2004's Crocus in the Snow, and 2004's Home for the Holidays, a Christmas album.In 2009, she released two more albums on Recluse, Western Bliss and Western Bling. These albums were released simultaneously and only contain one original composition.