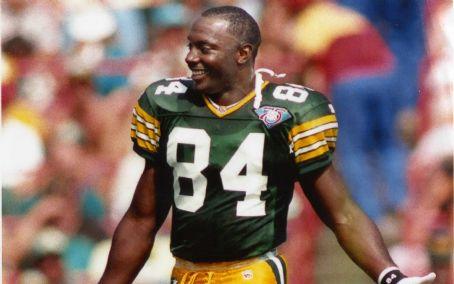 Sterling is alive and kicking and is currently 57 years old.
Please ignore rumors and hoaxes.
If you have any unfortunate news that this page should be update with, please let us know using this .

Sterling Sharpe (born April 6, 1965) is a former American football wide receiver and analyst for the NFL Network. He attended the University of South Carolina, and played from 1988 to 1994 with the Green Bay Packers.
Sharpe was the first round seventh overall draft pick by the Packers in 1988 and had an immediate impact on the team. In his rookie season he started all sixteen games and caught 55 passes. His sophomore season he led the league with 90 receptions, the first Packer to do so since Don Hutson in 1945, and broke Hutson's records for receptions and receiving yards in a season. Sharpe was known as a tough receiver with strong hands, who was willing to go over the middle to make difficult catches in traffic.

Sterling Sharpe's tenure at wide receiver was cut short by a neck injury suffered toward the end of the 1994 regular season, ending a career in which he was invited to the Pro Bowl five times (1989, 1990, 1992, 1993, and 1994). Since he was unable to continue playing, and was not on the Packers team that won the Super Bowl in 1996, his brother Shannon gave him the first of the three Super Bowl rings he won, citing him as a major influence in his life.