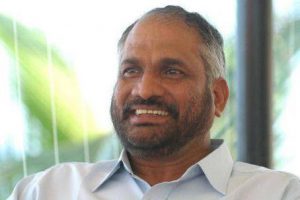 Suresh Babu (Malayalam: സുരേഷ് ബാബു) (10 February 1953 – 19 February 2011) was an Indian long jumper from Kerala who had held the national titles in the long, triple, and high jump events, in addition to the decathlon. Suresh Babu dominated the scene between 1972 and 1979, winning national titles in the jumps and decathlon and at the same time picking his event for laurels on the international arena. He was one of the athletes to win medals in two events in successive Asian Games, the bronze in the decathlon in the Tehran Asian Games in 1974 and a gold in the long jump in the Bangkok Asian Games, 1978.