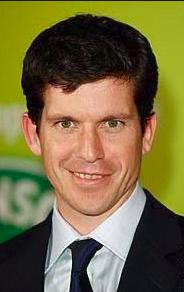 Tim is alive and kicking and is currently 47 years old.
Please ignore rumors and hoaxes.
If you have any unfortunate news that this page should be update with, please let us know using this .

Does Tim Henman Have the coronavirus?

Timothy Henry "Tim" Henman, (born 6 September 1974) is an English retired professional tennis player. Henman played a serve-and-volley style of tennis. He was the first player from the United Kingdom since Roger Taylor in the 1970s to reach the semi-finals of the Wimbledon Men's Singles Championship. Henman never reached the finals of any Grand Slam but reached six Grand Slam semifinals and won 15 career ATP titles (11 in singles and four in doubles) including the Paris Masters in 2003. He was ranked UK number 1 in 1996 and again from 1999 to 2005 from which point he was succeeded by Andy Murray. He reached a career high ranking of World No. 4 during three different periods between July 2002 and October 2004. He is one of Britain's most successful open era male tennis players winning $11,635,542 prize money.