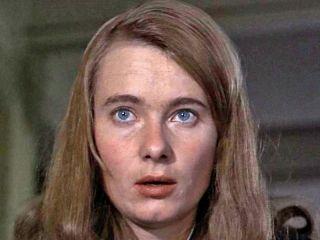 Tina Hedström was born on May 31, 1942. Eva Christina "Tina" Hedström was a Swedish actress, best known internationally for appearing as Tamara Kusenov in the Alfred Hitchcock film Topaz (1969). She also appeared in several Swedish films.
Topaz is a 1969 American espionage thriller film directed by Alfred Hitchcock. Based on the 1967 Cold War novel Topaz by Leon Uris, the film is about a French intelligence agent who becomes entangled in the Cold War politics of the events leading up to the 1962 Cuban Missile Crisis, and later the breakup of an international Soviet spy ring in France.

After her career faltered in the early 1970s, she worked in a florist shop in Stockholm.