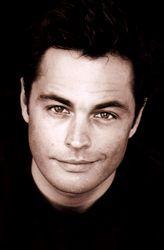 Tobias is alive and kicking and is currently 46 years old.
Please ignore rumors and hoaxes.
If you have any unfortunate news that this page should be update with, please let us know using this .

Tobias Mehler (born April 1, 1976) is a Canadian actor who has appeared in film and television productions. Some notable roles include d'Artagnan on Young Blades, Zak Adama on Battlestar Galactica and Lieutenant Graham Simmons in Stargate SG-1. He appears opposite Charlize Theron in Battle in Seattle, was a regular on the Canadian series Robson Arms for two seasons, and played a lead in the Fox pilot Killer App written by Garry Trudeau and directed by Robert Altman.