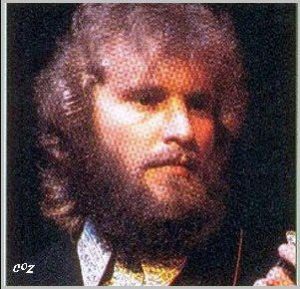 Tom passed away on September 6, 1990 at the age of 48 in Scottsdale, Arizona, USA. Tom's cause of death was tuberculosis infection.

Thomas Richard "Tom" Fogerty was a US musician, best known as the rhythm guitarist for Creedence Clearwater Revival.
Tom Fogerty was born in Berkeley, California. He began singing rock and roll in high school. He and his younger brother, John, had separate groups. Tom's band, Spider Webb and the Insects (which featured Jeremy Levine of the Seeds), signed a recording contract with Del-Fi Records but broke up in 1959 before releasing any records. The Blue Velvets—a group led by John—began backing Tom. Eventually Tom joined the band, and the group recorded three singles (with Tom on lead vocals) for Orchestra Records in 1961 and 1962.

By the mid 1960s, the group had been renamed The Golliwogs and were recording with Fantasy Records, with Tom and John sharing lead vocal duties. In 1968, the band was again renamed—this time to Creedence Clearwater Revival—and John had become full-time lead singer and primary songwriter. During the few years of the life of CCR, Tom sang backing vocals and wrote songs, but only one of his songs from when CCR was named the Golliwogs ("Walking on the Water") was re-recorded and chosen to be put on CCR's debut album.
This lack of vocal and songwriting opportunity, along with festering, long-standing animosity with his brother, led him to leave the band in early 1971, after finishing the recording of Pendulum.
At some point in the 1980s, after moving to Scottsdale, Arizona, he underwent surgery for his back. An unscreened blood transfusion caused him to be infected with HIV. It led to his death, officially of tuberculosis, on September 6, 1990. After his death, a music compilation titled The Very Best of Tom Fogerty was released.