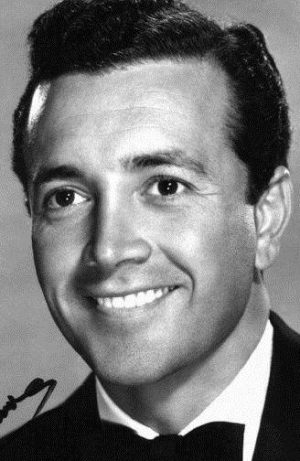 Vito passed away on February 11, 2018 at the age of 89 in Mount Sinai Medical Center, Miami Beach, Florida, USA. Vito's cause of death was complications of respiratory illness.

Vic Damone is an American singer, songwriter, actor, radio and television presenter and entertainer, of Italian descent, best known for his song's, including number 1# hit You're Breaking my Heart and My Heart Cries for You and On the Street Where You Live (Number #4 ) from My Fair Lady.
Damone suffered a stroke in 2002 and another health scare in 2008. He recovered from both, and lived until 2018. Damone was married five times. Damone's first wife, Pier Angeli, was previously in a well-publicized relationship with James Dean, but left him to marry Damone, a move that garnered great media attention. Six years after divorcing Angeli, Damone was arrested on October 15, 1964 on Angeli's charge that he had kidnapped their 9‐year‐old son Perry (named for Perry Como) from New York to Los Angeles. He was released three hours later after having pled "not guilty" to being a fugitive from a kidnapping charge. At the same time, a Santa Monica, California judge awarded him custody of Perry. However, Angeli would ultimately gain custody of Perry and left Hollywood for her native Italy, taking Perry with her. Perry would however return to California after Angeli's death. Perry died of lymphoma aged 59, on December 9, 2014.

He married actress Diahann Carroll in 1987. The union, which Carroll admitted was turbulent, had a legal separation in 1991, reconciliation, and divorce in 1996.
Damone met his Polish-born wife Rena Rowan (born Irena Aurelia Jung on January 4, 1928 in Lida, then part of Poland) in 1996, after she asked him to perform at an event to raise money for her Rowan House charity in Philadelphia, which provides housing for homeless single women with children. Rowan, a breast-cancer survivor, was a clothing distributor who started the "Jones" New York clothing store chain in the mid-1970s.
Damone lived in Palm Beach County, Florida in his later years. In January 2015, Damone and Rena sold their La Casita home, landmarked at 200 Via Bellaria, for $5.75 million. Damone and Rena moved to a smaller residence, a townhouse in the Sloans Curve Drive neighborhood of Palm Beach. She suffered a stroke in 2011. In 2013, Damone was involved in a tug-of-war in a Palm Beach County court with Rowan's two daughters, Nina and Lisa Rowan, for control over the destiny of Rowan and her fortune, which was reportedly worth more than $50 million. The court ultimately sided with Damone, ruling that Rena Rowan was capable of making her own decisions. Rowan died on November 6, 2016 at home in Palm Beach, Florida, from complications of pneumonia. She was 88.