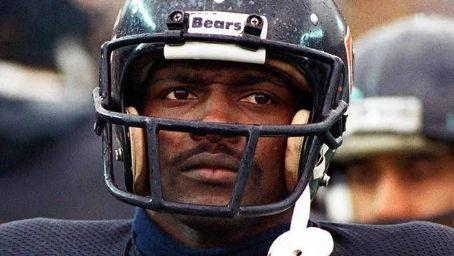 Walter passed away on November 1, 1999 at the age of 45 in South Barrington, Illinois, USA. Walter's cause of death was primary sclerosing cholangitis.

Walter Jerry Payton (July 25, 1953– November 1, 1999) was an American football running back who played for the Chicago Bears of the National Football League (NFL) for thirteen seasons (only missing one game in all of the thirteen seasons). Walter Payton was known around the NFL as "Sweetness". He is remembered as one of the most prolific running backs in the history of the NFL. Payton, a nine-time Pro Bowl selectee, once held the league's record for most career rushing yards, touchdowns, carries, yards from scrimmage, all-purpose yards, and many other categories. His eight career touchdown passes are just second to Frank Gifford an NFL record for non-quarterbacks. He was elected into the Pro Football Hall of Fame in 1993. Hall of Fame NFL player and coach Mike Ditka described Payton as the greatest football player he had ever seen—but even greater as a human being.