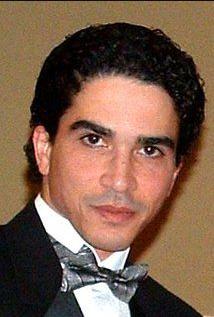 Wes is alive and kicking.
Please ignore rumors and hoaxes.
If you have any unfortunate news that this page should be update with, please let us know using this .

Does Wes Motley Have the coronavirus?

Wes Motley began his theatrical career onstage in productions such as Hair!, Days of Wine and Roses, Twelfth Night and Cyrano De Bergerac among many others. He met Tamara Trexler while playing a leading role opposite her in a Nashville, Tennessee theatrical production. They teamed up as business partners leading a professional troupe of Nashville actors, under their company Tennaissance Productions, Inc. Motley and Trexler directed, produced, and acted in their original musical dramas on stage which portrayed historical characters in Tennessee and American history. Nominated by Senator Fred Thompson, Congressman Marsha Blackburn (then Tennessee's Film Commissioner), and endorsed by Senator Bill Frist, Tennaissance showcased its musical Tennessee's Music and Heritage at the Kennedy Center in October 1995. Motley and Trexler later teamed up as husband and wife. They are listed on the Internet Movie Database's Famous Married Couples category! After landing a McDonald's regional commercial, Motley's television career took off. He was then in great demand in Nashville, acting in national, regional and local commercials, radio spots, music videos and industrials. Motley starred in 14 episodes of the national and international syndicated television show, America's Dumbest Criminals (1996). He displayed his excellent acting skills as he portrayed characters ranging from a cutthroat criminal to a law abiding gentleman.Motley played a supporting role in the feature film, Charlie's War (2003), opposite Olympia Dukakis', a friend, on and off camera. The Oprah Winfrey producers captured Motley on camera during the world premiere of Charlie's War (2003) in Nashville at Regal Green Hills 16 Cinemas.Motley appeared on The Oprah Winfrey Show's May 2003 segment at the Nashville premiere and on Entertainment Tonight. The movie also received national press attention from the Associated Press, People magazine, US Magazine, In Touch, Indie Wire and Indie Way. Currently, Motley is an Associate Producer with Producers Stuart Goodman of New York, Trexler and Executive Producer Steven Peros of Los Angeles on a project entitled Amazing Grace. This project is in development and will be shot in Nashville.