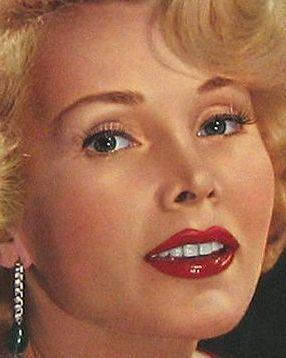 Born Sari Gabor on February 6, 1917, in Budapest, Hungary, actress Zsa Zsa Gabor was the second of three daughters born to a Hungarian soldier and his much younger wife, Jolie. Along with sister Eva, Gabor began acting as a child, and by the time she was a teenager she had considerable stage experience. An early marriage at age 20 to a much older man lasted just a few years. In 1941, Gabor followed her sister Eva to the U.S. and left her husband behind. Instead of working on her acting career, the Gabor sisters became socialites in Hollywood, and Zsa Zsa met and quickly married hotel king Conrad Hilton in 1942. The union lasted about five years and produced her only child, Francesca Hilton, born just months before their divorce. Gabor married again in 1949, this time to actor George Sanders. Yet she didn't make her film debut until 1952 in the musical Lovely to Look At.In the 1960s, Gabor's film career slowed considerably, yet she made up for it with numerous television appearances and a well-received Las Vegas act. Yet, on occasion, she appeared in such films as Picture Mommy Dead (1966; with Don Ameche, Martha Hyer, and Susan Gordon) and Arrivederci, Baby! (1966; with Tony Curtis and Rosanna Schiaffino). Increasingly, rather than being known as an actress, Gabor was identified as the archetypal celebrity, and her public persona took over her career to such great effect that, from the 1970s onward, she often appeared in television series and films as herself. After a well-publicized run-in with a policeman in Beverly Hills in 1989, Gabor's career came to a close in the 1990s. A 2002 car accident compromised her health. Other than her daughter, she is the sole survivor of her family. As of this writing, Gabor has been very ill and recently had a leg amputated. Married a total of nine times, she has been married to current husband Frederic von Anhalt for more than 25 years.