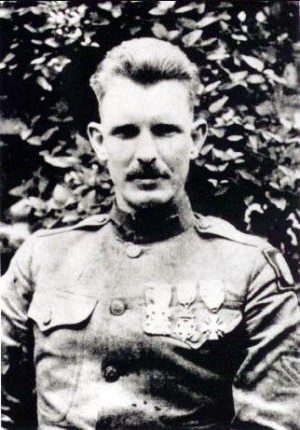 Alvin Cullum York, known also by his rank, Sergeant York, was one of the most decorated soldiers of the United States Army in World War I. He received the Medal of Honor for leading an attack on a German machine gun nest, taking 32 machine guns, killing at least 20 German soldiers, and capturing 132 others. This action occurred during the United States-led portion of the broader Meuse-Argonne Offensive in France masterminded by French Marshal Ferdinand Foch to breach the Hindenburg line and make the opposing German forces surrender.