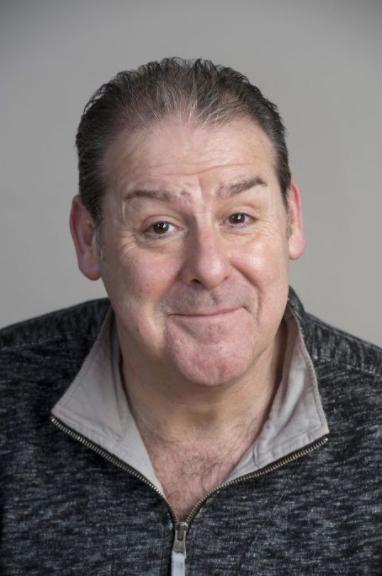 Andy is alive and kicking and is currently 63 years old.
Please ignore rumors and hoaxes.
If you have any unfortunate news that this page should be update with, please let us know using this .

Does Andy Gray Have the coronavirus?

Andy Gray (born 1959)is a Scottish actor and comedy writer. He starred in the BBC Radio Scotland sketch show Naked Radio, and its later television counterpart Naked Video, before becoming well known as the appropriately named "Chancer", best friend and source of problems to Willie Melvin (Gerard Kelly) in the 1987 sitcom City Lights. He is well known for pantomime, usually co-writing the script and appearing as the dame, often alongside other former City Lights cast members. He also appeared opposite Kelly in a production of The Odd Couple He also took the starring role in a channel 4 proposed comedy pilot show "Miles is Better" where he played a very enthusiastic burglar alarm salesman (Miles), who lived with his granny and made her life a living hell.Presently appearing in RIVER CITY as Pete Galloway. Appears in Tommy's Honour a major movie to be released in 2017. Edinburgh Fringe with panto pal Grant Stott in a moving and comic play - Kiss Me Honey Honey - Fringe First 2013 award-winning play, written by Philip Meeks - ‘Remarkable talent ... dazzling display of comic genius’ ***** (Edinburgh Evening News). ‘Whiplash wit’ (Guardian) and back by popular demand at the 2014 Fringe.In 2014 Andy played a leading role as a darker character, Black Ruthven in Scottish Feature Film "Time Teens:The Beginning", with Director Ryan Alexander Dewar and writer/actor Ian Grieve The Premiere of the film was co-hosted with Andy's panto colleague Grant Stott and attended by politicians and community, before going on to win several film awards globally.From 2016 onwards he has played Pete Galloway in Scottish soap opera River City