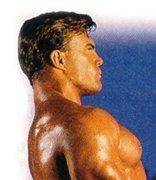 Andy is alive and kicking and is currently 57 years old.
Please ignore rumors and hoaxes.
If you have any unfortunate news that this page should be update with, please let us know using this .

Does Andy Mauer Have the coronavirus?

Andy Mauer is a bodybuilder and chiropractor. TMZ Talent Acquisition Andy Mauer was embracing a well-hidden long-term relationship with Harvey Levin until they got revealed by the quick media. He graduated from the University of California (Los Angeles) with a Bachelor’s Degree in Communication Studies.
He used to be a chiropractor and started his office, Mauer Chiropractic, Inc. in December 1994. But Andy decided to leave the job and closed the office in May 2011 after 16 years and a half of its operation. Right after abandoning his profession as a chiropractor, Andy served as the producer of TMZ Celebrity Tour for almost two years before taking the position as the Head of Consumer Products in the network in January 2013. He soon got promoted to Director of Talent Acquisition in November 2016.

Andy has been dating his partner Harvey Levin, the founder of TMZ, for over two decades now. The affair was only discovered after a blog called Exposarazzi published photos of Andy and Harvey together at a book signing event in 2013.
The two are pretty close and even share a beachfront condo in Marina Del Rey that they bought in 2003. But they’re quite hesitant to show off their long-term relationship that they’ve mastered at hiding, considering the fact that they don’t even mention each other on social media sites.