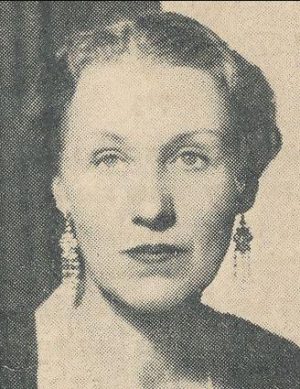 ANN BRIDGE (1889-1974)(pseudonym of Mary Ann Dolling O'Malley, née Sanders)Bridge has been recommended to me by so many people that I couldn’t leave her off of this list, even if she remains a “to read” for me. The wife of a diplomat, she wrote many novels set in the exotic locales she visited, combining historical perspective, romance, and the excitement of travel. Her debut, Peking Picnic (1932), has been compared to E. M. Forster’s A Passage to India, and The Ginger Griffin (1934), Illyrian Spring (1935), Four-Part Setting (1939), and Enchanter’s Nightshade (1937) were all popular successes as well. Her novels written during and after the war tended to be more anchored in recent historical events, including Frontier Passage (1942), about the Spanish Civil War, The Dark Moment (1952), about Ataturk's national revolution, and The Tightening String (1962), set in Budapest in 1940, just before the Nazi invasion. Later in life, Bridge used her knowledge of romantic settings for a series of eight spy novels featuring Julia Probyn of British Intelligence, beginning with The Light-Hearted Quest in 1956. Happily, many of Bridge’s works have recently been republished in ebook format by Bloomsbury.

Tags: Author and mountain climber Born in 1889 British Died in 1974