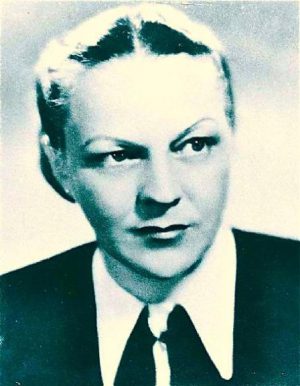 Anna passed away on October 24, 1942 at the age of 33 in Mauthausen concentration camp, Austria. Anna's cause of death was executed (by firearm/shot in the head).

Anna ?œalounová-Letenská was a Czech theatre and film actress. During the 1930s and 40s, she appeared in twenty-five films. She was murdered in the Nazi concentration camp of Mauthausen.