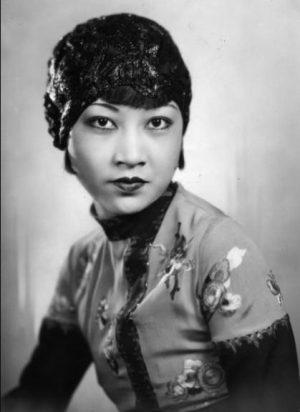 Anna passed away on February 2, 1961 at the age of 56 in Santa Monica, CA USA. Anna's cause of death was heart attack.

Anna May Wong Birthday and Date of Death

Anna May Wong was an American actress. She is considered to be the first Chinese American movie star, and also the first Asian American actress to gain international recognition. Her long and varied career spanned silent film, sound film, television, stage and radio.
In 1935, Wong was dealt the most severe disappointment of her career, when Metro-Goldwyn-Mayer refused to consider her for the leading role of the Chinese character O-Lan in the film version of Pearl S. Buck's The Good Earth, choosing instead the white actress Luise Rainer to play the leading role. Wong spent the next year touring China, visiting her family's ancestral village and studying Chinese culture. In the late 1930s, she starred in several B movies for Paramount Pictures, portraying Chinese and Chinese Americans in a positive light. She paid less attention to her film career during World War II, when she devoted her time and money to helping the Chinese cause against Japan. Wong returned to the public eye in the 1950s in several television appearances.

At the age of 19, Wong was cast in a supporting role as a scheming Mongol slave in the 1924 Douglas Fairbanks picture The Thief of Bagdad. Playing a stereotypical "Dragon Lady" role, her brief appearances on-screen caught the attention of audiences and critics alike. The film grossed more than $2 million and helped introduce Wong to the public. Around this time, Wong had an affair with director Tod Browning. It was a romance largely known of at the time: it was an interracial relationship and Wong was underage.
After this second prominent role, Wong moved out of the family home into her own apartment. Conscious that Americans viewed her as "foreign born" even though she was born and raised in California, Wong began cultivating a flapper image. In March 1924, planning to make films about Chinese myths, she signed a deal creating Anna May Wong Productions; when her business partner was found to be engaging in dishonest practices, Wong brought a lawsuit against him and the company was dissolved.
Wong was scheduled to play the role of Madame Liang in the film production of Rodgers and Hammerstein's Flower Drum Song, but was unable to take the role due to failing health. On February 3, 1961, at the age of 56, Wong died of a heart attack as she slept at home in Santa Monica, two days after her final screen performance on television's The Barbara Stanwyck Show. Her cremated remains were interred in her mother's grave at Rosedale Cemetery in Los Angeles. The headstone is marked with her mother's Anglicized name on top, the Chinese names of Anna May (on the right), and her sister Mary (on the left) along the sides.