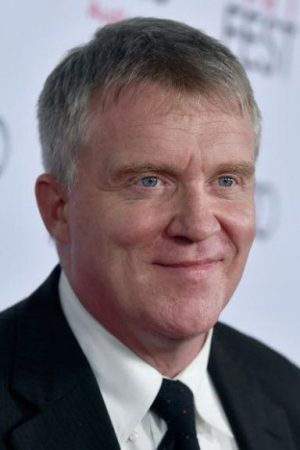 Anthony is alive and kicking and is currently 54 years old.
Please ignore rumors and hoaxes.
If you have any unfortunate news that this page should be update with, please let us know using this .

Does Anthony Michael Hall Have the coronavirus?

Michael Anthony Hall, known professionally as Anthony Michael Hall, is an American actor, film producer, and director who starred in several teen-oriented films of the 1980s. Hall began his career in commercials and on stage as a child, and made his screen debut in 1980. His films with director-screenwriter John Hughes, beginning with the popular 1983 comedy National Lampoon's Vacation and the coming-of-age comedy Sixteen Candles, shaped his early career. Hall's next movies with Hughes were the teen classics The Breakfast Club and Weird Science, both in 1985.
The 2001 film Not Another Teen Movie pays tribute to Hall's numerous appearances in the teen-oriented, 1980s comedy films parodied by the movie. A brief shot of the sign over the door of a high school cafeteria reveals that the facility is named the Anthony Michael Dining Hall. In 2006, Hall was ranked #4 in VH1's list of the "100 Greatest Teen Stars" and #41 in "100 Greatest Kid Stars."

In June 2005, The Breakfast Club was rewarded with the Silver Bucket of Excellence Award at the MTV Movie Awards, in honor of the film's twentieth anniversary. For the show, MTV attempted to reunite the original cast. Sheedy, Ringwald, and Hall appeared together on stage, and Paul Gleason gave the award to his former castmates. Estevez could not attend because of family commitments, and Nelson appeared earlier on the red carpet, but left before the on-stage reunion, for reasons unknown. Hall joked that the two were "in Africa with Dave Chappelle."
In 2016, Hall plays himself as the customer being serviced in an AT&T Mobile commercial. The same year, Hall was cast in a recurring role on the TNT drama series Murder in the First.