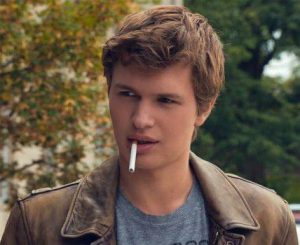 Augustus passed away on July 2, 2011 at the age of 17 in United States. Augustus's cause of death was osteosarcoma.

Augustus "Gus" Waters was born on March 14, 1994 and is a main character and the male love interest in The Fault in Our Stars. He is the best friend of Isaac and Hazel Grace's boyfriend. As with his girlfriend, he suffers from cancer, specifically osteosarcoma. Augustus is described as being tall, very handsome, intelligent, having blue eyes and mahogany hair. He fears oblivion, as he wants to make a mark on the world. He hates the idea of not being able to leave a mark at all, due to his diagnosis of cancer and its later-on terminal attribute. Augustus knew Isaac before the Support Group, the single and sole reason he was there was because he wanted to support Isaac, before undergoing surgery.
Gus constantly symbolized the situations at hand. One example is his tendency to put an unlit cigarette in his mouth, something of a trademark of his: "It's a metaphor, see: you put the killing thing right between your teeth, but you don't give it the power to do its killing".

Hazel describes Augustus having mahogany hair, bad posture and blue eyes. Augustus is described as well built- seeing as he used to play basketball. His right leg has been replaced with a prosthetic due to his osteosarcoma. Hazel's friend Kaitlyn comments on his appearance: “Oh, my God. I’ve seen him at parties. The things I would do to that boy. I mean, not now that I know you’re interested in him. But, oh, sweet holy Lord, I would ride that one-legged pony all the way around the corral.”