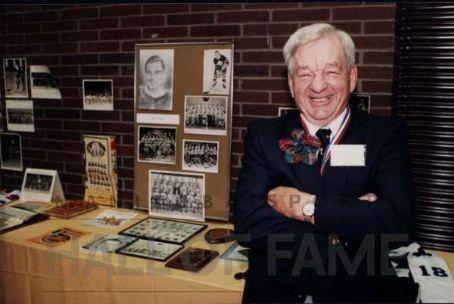 William Juzda (October 29, 1920 – February 17, 2008) was a Canadian professional ice hockey defencemen from Winnipeg, Manitoba. He played with the Toronto Maple Leafs and New York Rangers of the National Hockey League and won two Stanley Cups with the Leafs in 1949 and 1951. Although not a prolific goal scorer Juzda built a reputation as one of hockey's hardest hitters.