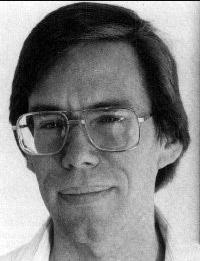 Bob is alive and kicking and is currently 63 years old.
Please ignore rumors and hoaxes.
If you have any unfortunate news that this page should be update with, please let us know using this .

Does Bob Lazar Have the coronavirus?

Robert "Bob" Lazar (/ləˈzɑr/; born January 26, 1959) claims to have worked on reverse engineering extraterrestrial technology at a site called S4, in the Emigrant Valley and Old Kelley Mine area near the Area 51 test facility. Universities from which he claimed to hold degrees show no record of him, and the S4 site was categorized as bogus at first investigation.
Lazar is responsible for bringing the secret test site Area 51 to the attention of the general public. In May 1989, Lazar appeared in a special interview with investigative reporter George Knapp on Las Vegas TV station KLAS, under the pseudonym "Dennis" and with his face hidden, to discuss his purported employment at "S-4", a subsidiary facility he claimed exists near United States Air Force facility Area 51. He said the facility was adjacent to Papoose Lake, which is located south of the main Area 51 facility at Groom Lake, and included concealed aircraft hangars built into a mountainside. He said that he was involved in the reverse engineering of several flying saucers. He appeared under his own name and unmasked in a subsequent interview with Knapp in November.

In 1990, Lazar was arrested for aiding and abetting a prostitution ring. This was reduced to felony pandering, to which he pleaded guilty. He was ordered to do 150 hours of community service, stay away from brothels, and undergo psychotherapy.
Lazar and long-time friend Gene Huff run Desert Blast, an annual festival for pyrotechnics enthusiasts in the Nevada desert. Starting in 1987, but only formally named in 1991, the name was inspired by Desert Storm. The festival features homemade explosives, rockets, jet-powered vehicles, and other pyrotechnics, with the aim of emphasizing the fun aspect of chemistry and physics.