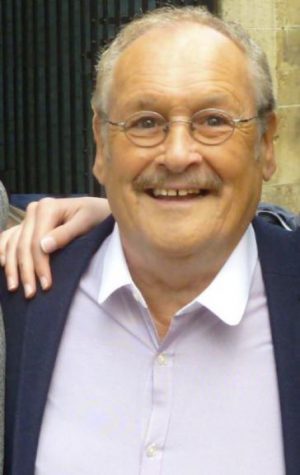 Bobby passed away on October 28, 2020 at the age of 76 in Blackpool, Lancashire, England. Bobby's cause of death was COVID-19 complications.

Robert Harper known as Bobby Ball (born 28 January 1944) is an English comedian, best known as one half of the double act Cannon and Ball, with Tommy Cannon. They hosted their own ITV show The Cannon and Ball Show for nine years between 1979 and 1988. Ball has since gone on to star in various sitcoms and dramas including Last of the Summer Wine, Heartbeat and Not Going Out.
Ball was born at Boundary Park General Hospital in Oldham, Lancashire, on 28 January 1944, to May (née Savage) and Bob Harper. He attended High Crompton Secondary, Shaw, Oldham. Ball, later went to work in a factory as a welder, where he also met his future partner, Thomas Derbyshire (Tommy Cannon).

Ball married his first wife, Joan Lynn, in 1964, with whom he had two sons, Robert (born 1965) and Darren (born 1969), who are now a comedy double act in their own right, performing under their surname 'Harper'. Ball and Lynn separated in 1970. Ball married his second wife, Yvonne Nugent, in 1974 (although some reports say 1971). In an interview on BBC Tees on 28 June 2016, Ball said that he met Yvonne while performing with Cannon at a club in Norton, County Durham: "We were playing there ... she came downstairs in a little mini skirt, looked at me and Tommy, shook her head and walked away. I thought, 'I'd spend my life with her.'" Ball and his wife live in Lytham St Annes, Lancashire.