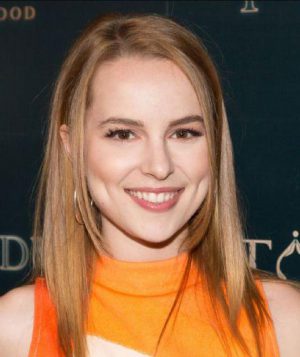 Bridgit is alive and kicking and is currently 29 years old.
Please ignore rumors and hoaxes.
If you have any unfortunate news that this page should be update with, please let us know using this .

Does Bridgit Mendler Have the coronavirus?

Bridgit Claire Mendler is an American actress, singer, and songwriter. In 2004, she began her career in the animated Indian film The Legend of Buddha. As a teenager, she starred in the films Alice Upside Down, The Clique, and Labor Pains. In 2009, she signed with Disney Channel and played Juliet van Heusen on Wizards of Waverly Place. Following the positive reception to her character, she landed the role of Teddy Duncan on the Disney series Good Luck Charlie, which ran from April 2010 to February 2014. In 2011, she appeared in Good Luck Charlie, It's Christmas, the film based on the series.
Mendler was born in Washington, D.C. She has a younger brother named Nick. She moved with her family to Mill Valley, California at the age of eight. It was there where she first expressed interest in acting and began working in plays. When she was eight years old, Mendler began taking part in local roles in both dramatic and musical theatre, and became the youngest performer in the San Francisco Fringe Festival. When she was 11 years old, she hired an agent to help her get acting jobs. Mendler is the niece of psychologist Christine Blasey Ford.

On March 27, 2012, Shane Harper said in an interview with Officially the Hottest that he was dating Mendler. Harper told the interviewer that they became friends early in Good Luck Charlie and began dating in May 2011. In an interview with Cambio in September 2012, Mendler stated that it took two years between her meeting Harper and beginning to date him. In March 2013, Mendler said in an interview with the Daily Mail that the fact her boyfriend is also her on-screen boyfriend on Good Luck Charlie doesn't disturb the relationship: "I think it makes it easier, especially when it's a person who you've worked with for a long time." To Classicalite, Mendler talked about dating Harper, and said it took time for them to begin something, because she needed time to think. She said, "We knew each other for a while, were friends for a long time. I think everybody was very respectful about it and wanted to make sure that it wouldn't be weird." In November 2015, Mendler revealed that she had ended her relationship with Harper.