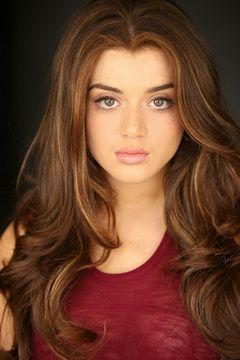 Brielle is alive and kicking and is currently 23 years old.
Please ignore rumors and hoaxes.
If you have any unfortunate news that this page should be update with, please let us know using this .

A New Jersey native, Brielle began her career in entertainment working in commercials and print. By age 5, Brielle had begun to booking prime-time television shows and feature films. After recurring on shows like Royal Pains (USA) and Hope & Faith (ABC), Brielle landed a series in Los Angeles, playing the daughter on Debra Messing on the USA hit series The Starter Wife. After the show was canceled, Brielle and her family went briefly back to New Jersey, but work in Los Angeles for both Brielle and her now steadily working brother Thomas, brought them back West. Brielle and her family now dual live between their permanent home in New Jersey and their home in Los Angeles. Since moving back to Los Angeles, Brielle has also appeared in commercial and print campaigns for companies like Coke, J Crew, Mattel, Apple, & Netflix; just to name a few, and television shows like Modern Family (ABC), Deadtime Stories (Nickelodeon), Trophy Wife (ABC), & Scandal (ABC).