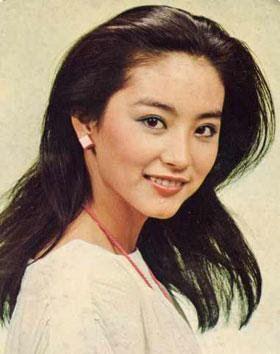 Brigitte is alive and kicking and is currently 68 years old.
Please ignore rumors and hoaxes.
If you have any unfortunate news that this page should be update with, please let us know using this .

Brigitte Lin (Chinese: 林青霞; pinyin: Lín Qīngxiá) or Brigitte Lin Ching Hsia (born 3 November 1954) is a Taiwanese actress. She was a popular actress, regarded as an icon of Chinese cinema, who acted in both Taiwanese and Hong Kong movies. She retired in 1994, although she had a minor role in the 1998 film Bishonen.
Known for being a "screen goddess" by Chinese film lovers, Lin's early collaborations with Hong Kong New Wave directors Ringo Lam, Tsui Hark and Jackie Chan in Love Massacre (1981), Zu Warriors from the Magic Mountain (1983), Police Story (1985) and Peking Opera Blues (1986) brought her success. In 1990, she won the Best Actress trophy at the 27th Golden Horse Awards for her depiction of a Chinese female writer who fell in love with a Japanese collaborator in Red Dust (1990).

At the height of her popularity, Lin was inarguably one of the most sought-after actresses in the Chinese film industry. She starred in more than 100 movies. Lin was credited for boosting Taiwan's film production in the 1970s before earning even greater popularity in Hong Kong in the 1990s, becoming a trans-island legend of her time.
Lin married Hong Kong businessman Michael Ying in 1994. She is the mother of Eileen Ying Oi Lum (born 1996) and Melani Ying Yin-oi (born 2001) and stepmother to Claudine Ying. She made her first public appearance since her marriage at the screening of Ashes of Time Redux during the 2008 New York Film Festival.