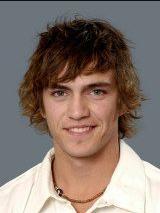 Cameron is alive and kicking and is currently 32 years old.
Please ignore rumors and hoaxes.
If you have any unfortunate news that this page should be update with, please let us know using this .

Does Cameron Boyce Have the coronavirus?

Cameron John Boyce (born 27 July 1989) is an Australian cricketer. Boyce is a leg spin bowler who plays for the Hobart Hurricanes and Queensland in Australian domestic cricket. He was born in the western Queensland town of Charleville.
Boyce made his debut for Queensland against Western Australia at the Gabba in March 2010. The following week he played in the season's Sheffield Shield Final. Queensland lost, but Boyce took six wickets in Victoria's second innings. After being selected for the Australian Chairman's XI team for a match against the visiting Indians in Canberra in 2011, former Test spinner Ashley Mallett claimed that Boyce was the best leg spinner he had seen in first class cricket since Shane Warne, saying Boyce had "definitely got the potential to play Test cricket."

He made his Twenty20 International (T20I) debut for Australia against Pakistan in the United Arab Emirates in October 2014. He took two wickets for ten runs, in a low-scoring game.
On 8 June 2018 it was announced that Boyce had signed a two-year deal for the Melbourne Renegades in the KFC Big Bash League. This move came as a shock to the Hobart Hurricanes, with the wrist spinner along with fellow left arm orthodox Clive Rose creating a lethal spin combination during the Hurricanes bowling innings. The move has also left his number one fan group, "The Boyce Bos" without a player to represent on their shirts.