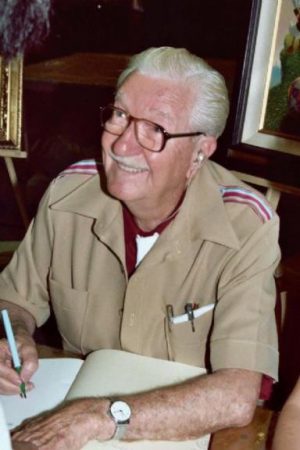 Carl Barks (March 27, 1901 – August 25, 2000) was an American cartoonist, author, and painter. He is best known for his comics about Donald Duck and as the creator of Scrooge McDuck. He worked anonymously until late in his career; fans dubbed him The Duck Man and The Good Duck Artist. In 1987, Barks was one of the three inaugural inductees of the Will Eisner Comic Book Hall of Fame.