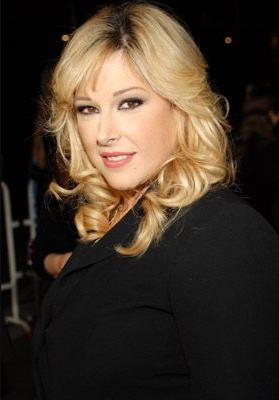 Carnie is alive and kicking and is currently 54 years old.
Please ignore rumors and hoaxes.
If you have any unfortunate news that this page should be update with, please let us know using this .

Does Carnie Wilson Have the coronavirus?

Carnie Wilson's father, Brian Wilson, is still alive and kicking at the age of 79. He is American and has had a career as a musician.

Carnie Wilson is an American singer and television host, perhaps best known as a member of the pop music group Wilson Phillips. Carnie Wilson is the daughter of Brian Wilson of The Beach Boys and of his first wife, former singer Marilyn Rovell of The Honeys. She co-founded Wilson Phillips with her younger sister Wendy and childhood friend Chynna Phillips when they were in their teens. They released two albums, Wilson Phillips and Shadows and Light, which between them sold 12 million copies. The group also charted three No. 1 singles and six top 20 hits in the United States before disbanding in 1993.
From 1995–1996, Carnie hosted her own short-lived syndicated television talk show Carnie! The series was launched during the mid-1990s wave of popularity in "tabloid" talk shows, which followed the sudden successes of Ricki Lake and Jerry Springer. Former Cosmopolitan Magazine Bachelor-of-the-Month Chris Greeley was a guest on the television pilot. Wilson found the experience a disappointment and a source of professional and personal frustration.

Wilson married musician and music producer Robert Bonfiglio in 2000. They have two daughters born in 2005 and 2009. Her uncles were Dennis Wilson and Carl Wilson. She is cousin to Beach Boys co-founder Mike Love, and his brother, former NBA player Stan Love, as well as Stan's son, Cleveland Cavaliers player Kevin Love.
On March 18, 2013, Wilson disclosed, through Twitter, that she had been diagnosed with Bell's palsy.