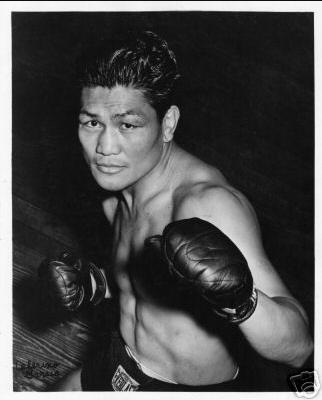 Ceferino passed away on January 1, 1981 at the age of 74 in San Diego, California, United States.

Ceferino Montano Garcia (August 26, 1906 – January 1, 1981) was a champion boxer born in Naval, Biliran, Philippines. He holds the most victories ever achieved by a Filipino boxer and is also the only boxer from the Philippines to become world champion in the middleweight division. Garcia is commonly credited to as the first well known user of the bolo punch, which was later popularized by Cuban fighter Kid Gavilan. He was inducted into the Ring Magazine Hall of Fame in 1977 and the World Boxing Hall of Fame in 1989.