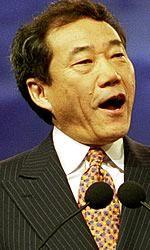 Charles passed away on October 21, 2018 at the age of 74 in Town of Oyster Bay, New York, United States. Charles's cause of death was lung cancer.

Charles B. Wang (August 19, 1944 – October 21, 2018) was an American businessman and philanthropist who was a co-founder and CEO of Computer Associates International, Inc. (later renamed to CA Technologies). He was a minority owner (and past majority owner) of the NHL's New York Islanders ice hockey team and their AHL affiliate, an investor in numerous businesses, and benefactor to charities including SmileTrain.
Charles B. Wang was born in Shanghai to parents Kenneth and Mary Wang. He has two brothers, Anthony W. Wang and Francis Wang. His father was a Supreme Court judge in the Republic of China. In the closing years of the Chinese Civil War which saw the Nationalist government flee to Taiwan, the Wangs moved to Queens, New York, when he was eight years old.

He attended Brooklyn Technical High School in Fort Greene, Brooklyn. Wang earned a Bachelor of Science degree from Queens College and began his computer career at Columbia University's Riverside Research Institute.
On May 3, 2009, Wang was honored by the Los Angeles Chinese Historical Society of Southern California in "Celebrating Chinese Americans in Sports".