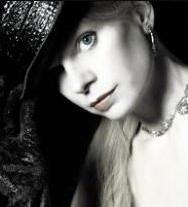 Charlotte is alive and kicking.
Please ignore rumors and hoaxes.
If you have any unfortunate news that this page should be update with, please let us know using this .

Charlotte Bicknell is an actress, known for Sorted (2000), Screen One (1985) and This Life (1996).
Charlotte trained as an actress at rose bruford school and went on to work consistently in television (where among several other parts she played delilah in the cult BBC series this life), on stage (including thefemale lead in ben elton’s popcorn in the west end and a cone-breasted goddess at the royal national theatre’s ramayana) and in film (sorted,murder in mind).

She has performed in various musicals and together with sebastianmichael toured around festivals with the improbably successful music comedy act kissing the goldfish before going back to her originalpassion, jazz, which she now pursues with gigs at venues around london and internationally.