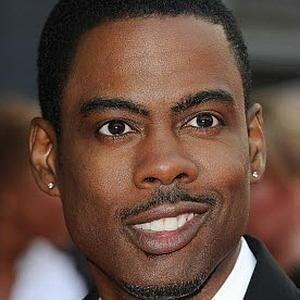 Chris is alive and kicking and is currently 57 years old.
Please ignore rumors and hoaxes.
If you have any unfortunate news that this page should be update with, please let us know using this .

Does Chris Rock Have the coronavirus?

Christopher Julius "Chris" Rock III is an American comedian, actor, and producer. After working as a standup comic and appearing in small film roles, Rock came to wider prominence as a cast member of Saturday Night Live in the early 1990s. He went on to more prominent film appearances, with starring roles in many movies.
Rock hosted the 77th Academy Awards in 2005 and the 88th in 2016. He has won four Emmy Awards and three Grammy Awards. He was voted the fifth-greatest stand-up comedian in a poll conducted by Comedy Central. He was also voted in the United Kingdom as the ninth-greatest stand-up comic on Channel 4's 100 Greatest Stand-Ups in 2007, and again in the updated 2010 list as the eighth-greatest stand-up comic.

Rock's subject matter typically involves family, politics, romance, music, class relationships, and race relations in the United States. Though not strictly autobiographical, much of his comic standpoint seems rooted in his teenage experience; his strict parents, concerned about the inadequacies of the local school system, arranged to have the adolescent Rock bused to a nearly all-white high school in Bensonhurst (an Italian-ethnic neighborhood of Brooklyn known at the time for poor race relations). In his memoir Rock This, the comedian recalls, "My parents assumed I'd get a better education in a better neighborhood. What I actually got was a worse education in a worse neighborhood. And a whole bunch of ass-whippings."
Rock married Malaak Compton-Rock on November 23, 1996. Compton-Rock is the founder and executive director of StyleWorks, a non-profit, full-service salon that provides free services for women leaving welfare and entering the workforce. The couple lived in Alpine, New Jersey with their two daughters, Lola Simone (born 2002) and Zahra Savannah (born 2004).
In December 2014, Rock announced that he had filed for divorce from Compton-Rock. Rock admitted to infidelity in the marriage, as well as struggling with a porn addiction. The divorce was finalized on August 22, 2016. Since 2016, Rock has been in a relationship with actress Megalyn Echikunwoke.