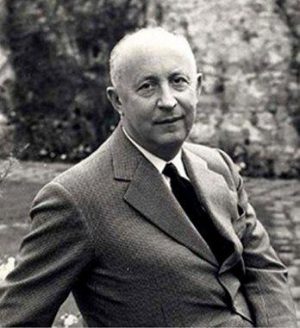 Christian passed away on October 23, 1957 at the age of 52 in Montecatini Terme, Tuscany, Italy. Christian's cause of death was heart attack.

Christian Dior was a French fashion designer, best known as the founder of one of the world's top fashion houses, also called Christian Dior, which is now owned by Groupe Arnault. In 1942, when Dior left the army, he joined the fashion house of Lucien Lelong, where he and Balmain were the primary designers. For the duration of World War II, Dior, as an employee of Lelong — who labored to preserve the French fashion industry during wartime for economic and artistic reasons — designed dresses for the wives of Nazi officers and French collaborators, as did other fashion houses that remained in business during the war, including Jean Patou, Jeanne Lanvin, and Nina Ricci. His sister, Catherine (1917–2008), served as a member of the French Resistance, was captured by the Gestapo, and sent to the Ravensbrück concentration camp, where she was incarcerated until her liberation in May 1945.
Dior was nominated for the 1955 Academy Award for Best Costume Design in black and white for the Terminal Station directed by Vittorio De Sica (1953). Dior was also nominated in 1967 for a BAFTA for Best British Costume (Colour) for the Arabesque directed by Stanley Donen (1966). Nominated in 1986 for his contributions to the 1985 film, Bras de fer, he was up for Best Costume Design (Meilleurs costumes) during the 11th Cesar Awards.

Christian Dior died while on holiday in Montecatini, Italy, on 24 October 1957. Some reports say that he died of a heart attack after choking on a fish bone. Time's obituary stated that he died of a heart attack after playing a game of cards. However, one of Dior's acquaintances, the Paris socialite Baron de Redé, wrote in his memoirs that contemporary rumor was that the heart attack had been caused by a strenuous sexual encounter. As of 2019, the exact circumstances of Dior's death remain undisclosed.