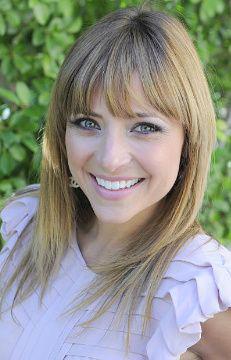 Christine is alive and kicking and is currently 43 years old.
Please ignore rumors and hoaxes.
If you have any unfortunate news that this page should be update with, please let us know using this .

Does Christine Lakin Have the coronavirus?

Christine Helen Lakin was born on January 25th, 1979 in Dallas, Texas. After moving several times as a child, her family finally settled in Atlanta, Georgia, where Christine started her acting career. There, she attended the Atlanta workshop players - a theater group which plays in schools in the Atlanta metro area. Her first audition was for a TV-commercial - "Got Milk?!", and after not getting that job, she didn't have to wait long for her next opportunity, which was the part as the young Rose in the civil-war flick The Rose and the Jackal (1990), which also starred Christopher Reeve. In 1991, she took her first step towards big fame and landed the role as the tomboyish Al on the Friday night hit Step by Step (1991).During the sitcom's long run, Christine gracefully grew up, graduated from high school in 1997 and made various appearances on other television shows. When Step by Step (1991) was cancelled in 1998, Christine, while attending UCLA and majoring in film, looked for other film roles. She landed jobs in independent films such as Big Monster on Campus (2000) and Finding Kelly (2000). Whatever It Takes (2000) was Christine's first wide theatrical film release. Since then, she has had a slew of independent coming-of-age films along with guest appearances on such hit shows as Boston Public (2000), and Opposite Sex (2000). Still attending UCLA and handling a film career, Christine is managing to do what few child actors tend to do, which is continue.