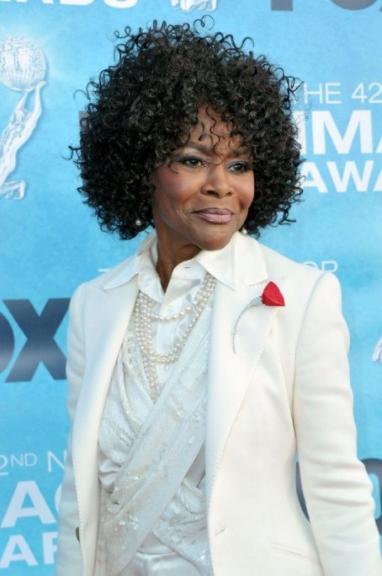 Cicely L. Tyson (born December 18, 1924) is an American actress. She was nominated for the Academy Award for Best Actress, and the Golden Globe Award for her performance as Rebecca Morgan in Sounder (1972). For this role she also won the NSFC Best Actress and NBR Best Actress Awards. She starred in The Autobiography of Miss Jane Pittman (1974), for which she won two Emmy Awards and was nominated for a BAFTA Award.
Having appeared in minor film and television roles early in her career, Tyson garnered widespread attention and critical acclaim for her performance as Rebecca Morgan in Sounder (1972); she was nominated for both the Academy Award and Golden Globe Award for Best Actress for her work in the film. Tyson's portrayal of the title role in the 1974 television film The Autobiography of Miss Jane Pittman won her further praise; among other accolades, the role won her two Emmy Awards and a nomination for a BAFTA Award for Best Actress in a Leading Role.

Tyson married jazz trumpeter Miles Davis on November 26, 1981 in a ceremony conducted by Atlanta mayor Andrew Young at the home of actor Bill Cosby. Tyson and Davis resided in Malibu, California, until their divorce in 1988. She has no children. Tyson appeared on the cover of Davis' 1967 album, Sorcerer. She is a member of Delta Sigma Theta sorority.
The Cicely Tyson School of Performing and Fine Arts, a magnet school in East Orange, New Jersey, was named after her. She plays an active part in supporting the school, which serves underprivileged African-American communities.