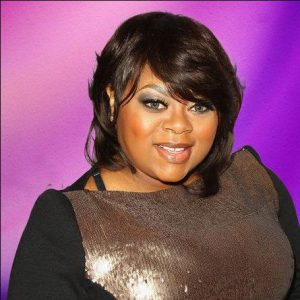 Countess is alive and kicking and is currently 43 years old.
Please ignore rumors and hoaxes.
If you have any unfortunate news that this page should be update with, please let us know using this .

Does Countess Vaughn Have the coronavirus?

Countess Danielle Vaughn is an American actress and singer. Vaughn is best known for her role as Kimberly Ann Parker on the UPN sitcoms Moesha and its spin-off The Parkers (1999-2004).
In the 1990s, Vaughn guest starred on Thea, Hangin' with Mr. Cooper, and Roc. Outside of television, she performed in the off-Broadway musical Mama, I Want to Sing! Part 3. In 1992, Vaughn released her first album, Countess, featuring a variety of songs, including dance music and R&B. The album's lead single, a cover of James Brown's "It's A Man's, Man's, Man's World", charted in the top-100 of the Billboard R&B/Hip-Hop Songs chart; the album itself sold 3,000 copies.

Vaughn's breakthrough role was playing Kimberly Ann Parker in the UPN sitcom Moesha. She co-starred on the show from 1996 to 1999. In 1998, Vaughn was honored with an NAACP Image Award for Outstanding Supporting Actress in a Comedy Series for her performance in Moesha. In 1999, Vaughn starred in and also sung the theme song for the show's spin-off, The Parkers, opposite actress and comedian Mo'Nique. The series aired from 1999 until 2004. In film, she co-starred in Trippin (1999). In later years she guest starred on Cuts and Let's Stay Together.
She was married to Joseph James, with whom she has a son Jaylen. During an appearance on The Mo'Nique Show, as well as The Doctors, she shared that she also has a daughter. In 2014, Vaughn appeared on The Doctors and revealed she suffered from hair loss due to bad reactions from glue used on wigs she wore for many years. She also has discoloration on her skin in many places.